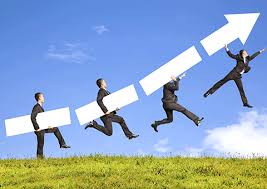 US 1 - Companies on the Move

Entourage, a start-up with new offices on Alexander Road, is promising busy yearbook coordinators a faster, easier to put together yearbook at a price that is a good 30 percent less than that of traditionally produced yearbooks.

The company publishes yearbooks using all-digital technology, and has just purchased a Canon 7000 vp state-of-the-art digital printer on which to turn out its yearbooks. “It’s the first in the area, the latest in digital prints,” says Edward Jo, manager of the company.

Jo, who most recently was the owner of Image Photos, a 20-year-old photo print store that was located at the corner of Witherspoon and Hulfish streets, is the brother of Entourage’s owner, Elias Jo.

The company, says Jo, grew out of a contest his brother entered while studying for his MBA at Columbia. Elias Jo obtained grant money and prepared a business plan around digitally-produced yearbooks.

“He didn’t win the contest,” says his brother, “but he said ‘oh, let’s give it a try.’” The gamble paid off when the first customer — the Columbia Business School — placed an order.

How it All Began!

The company now has five employees and has consolidated its Princeton and New York City operations on Alexander Road. Customers range from nursery schools through graduate schools, and include military units.

Entourage supports its clients throughout the process of putting the yearbooks together. “We have a lot of online tools,” says Jo. If there is a problem, Entourage employees, including graphic designers, can walk clients through it online.

Jo says that the price for 100 to 200 48-page full color yearbooks is about $1,295. “Traditional publishers charge two to three times more,” he says. Most of the yearbooks use “perfect” bindings, which is what most magazines now use. This upgrade from traditional binding uses no staples. But other bindings are also available. “We can do the full gamut,” he says. “We can do hard bindings, even leather bindings.”

The company will accept orders of any size, with no minimums. It also creates memoir books for individuals, who typically want only a dozen or so.

While digitally-produced yearbooks have only a small percentage of the market, Judy Jo, Edward’s wife, says that “digital is the wave of the future, just like photos. We’re the yearbook of the future.”

"We would highly recommend Entourage's great quality product and great customer service. It was a pleasure to work with Entourage Yearbooks."

"The software is user friendly, and Entourage customer service is easy to connect with and always helpful."

"The process was very easy. Everything Entourage did made this a great experience for me and my students."

"Just give up your current yearbook company and use Entourage Yearbooks!"

"If you want an amazing treasured memory, I highly recommend Entourage Yearbooks for its customer service and ease for beginners."

"I want to once again say thank you...it was an absolute pleasure working with you!! The league was extremely happy with the yearbooks as were all of the kids, and that equals SUCCESS!!!"

"Entourage is a great company. We had a very easy experience and all of Entourage's employees are very friendly. It made me feel at ease."

"Working with Entourage is always a pleasure. There hasn't been one time that I called and haven't gotten someone on the phone after 30 seconds. Entourage is very flexible in meeting our needs."